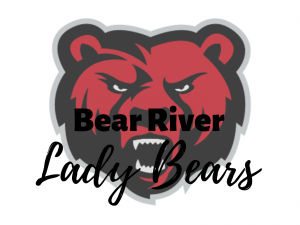 Bear River Lady Basketball traveled to Kearns on Wednesday, December 17, 2019 to face the Cougars.  The final quarter passed with the Bears in the lead, but that lead did not come without some major defensive disruptions, a shift in offensive sets, and numerous momentum swings throughout the game.  The Bears battled hard, believed they were up for the challenge, and followed through down the wire to clench the three-point victory over the Cougs.

The Bears’ press and man to man defense held Kearns’ top scorers to a sub-par performance in all quarters of the competition.  The first quarter found the Bears with two three-point buckets–each by R. Hartfiel and M. Bywater, an additional 2 point bucket by K. Gibbs, and another 2 point bucket by C. Gibbs.  The Bears’ battled for position in their man to man and 2-3 defense as they tried to front Kearns’ powerhouse post players.  An alternating press pushed the Cougars outside of their comfort zone and kept them on their toes the entire game.

In the second quarter, the Bears’ success came from driving to the bucket and getting fouled.  The Cougars were on their heels and struggled to stop the Bears’ penetration.  Free-throws by Harfiel and Roberts, three two-pointers by A. Fuhriman, and another bucket by M. Lorimer found the Bears heading into half time with an even score against Kearns.

The third period was a frustrating quarter for the Bears.  They struggled to get their inside shots to fall, stop Kearns’ #15 from driving and getting to the bucket.  Kearns’ #30 warmed up and hit four 3-pointers in the second half.  She proved to be a valuable asset to Kearns, and the Bears struggled to keep a hand in her face while shooting.

The Bears, trailing by eight going into the fourth quarter, made a run.  They adjusted their defense and only allowed 9 points in the 4th quarter–Kearns’ lowest scoring quarter.  The Bears drove to the basket out of a different offensive set.  Their free-throw shooting, combined with two huge three-point shots by Fuhriman and Bywater, proved fatal for the Cougars.  Bywater added 9 points in the fourth.  Fuhriman added 5.  The Bears also hit most of their free throws down the wire.  A team effort defensively and a team concentrated effort offensively to get the ball to the open player made all the difference.  The team is coming together.  They have the heart to play!  The bench played an integral role in keeping the Bears excited and the game momentum.

The Bears travel to Box Elder High School to face the Bees on Friday, December 19.  The game will start at 5:15 pm.  They will then host Filer, a school from Idaho, on Saturday, December 20, at 7:00 pm.