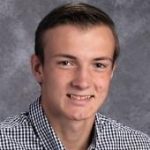 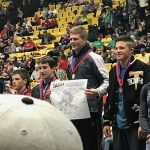 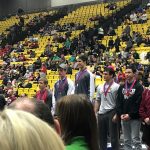 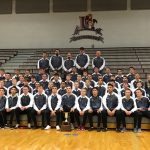 The Bear River Wrestlers had another great season, taking second in STATE!  After taking 1st in state last year and then 2nd in state this year Bear River is definitely the cream of the crop!  This year we had two wrestlers that repeated as State Champions, Cooper Skinner repeated as the state champion at 152 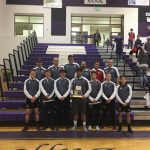 Eleven teams set out to the Wrestling Divisionals in Tooele this past Friday and Saturday all wanting to take home a first place trophy.  Bear River came home with the trophy with a combined team score of 359 with the next closest, Morgan, with 292.5 points.  The Bears had seven individuals bringing home the gold! 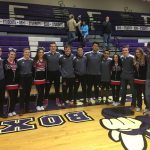 Last night the Bear River Wrestling team did something that hasn’t been done since the 1970s as they defeated Box Elder in a dual meet. After losing the first two matches the Bears went on to defeat the Bees 8 to 6.  The #1 ranked Bears continue to improve and show why they are one 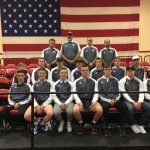 This weekend the Bear River Wrestling team was invited to an exclusive tournament in Vegas where many of the top teams from around the country went to  show off their skills.  The Bears came away with an impressive 6th place  and finished higher than any team there from Utah. Cooper Skinner beat a two time 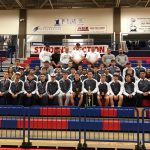 The Bear River Wrestling team went to the traditionally tough Evanston invitational and eventually pulled away from the Wyoming State Champions, Green River, to win the tournament.  Bear River had 10 finalists with 5 of them becoming champions.  The five champions were Kaygen Canfield, Cooper Skinner, Jordan Watson, Holden Richards and Bryken Jensen.  Also Cooper

The Bear River Wrestling Team kicked off their season at a Quad meet at Jordan High School where they came home with the 1st place trophy after defeating Hunter 72-9 then defeating Jordan 72-6.  The reigning state champions sent a message early that they will be a major obstacle for any team they face and 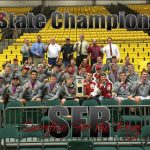 Look at the following link to read about the wrestlers on this years State Championship team that were recognized by the Standard Examiner on the All-Area Team! http://www.standard.net/High-School/2016/04/24/PREP-WRESTLING-2015-16-All-Area-Team.html